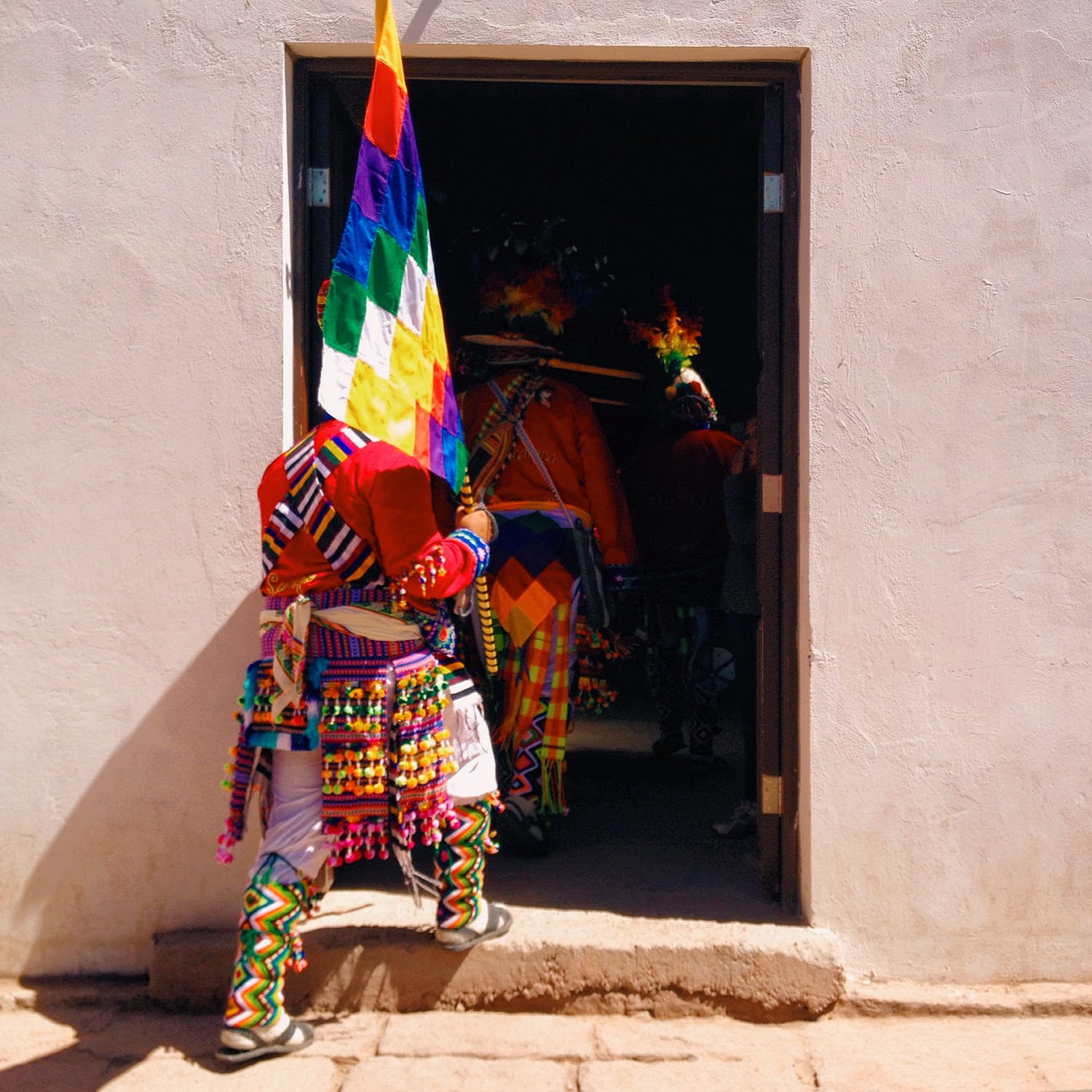 Arrived, shaken but not stirred, in Oruro, Bolivia. I felt the best course of action was to find out when the first bus for Chile left – 11.30am – and find a place to sleep for a couple of hours. Did that, but it’s hard to sleep when the hotel you’ve chosen (Copacabana, pop pickers) is overrun by noisy children in the courtyard playing at being pneumatic drills.

I thought I’d check how many pounds there are to the Chilean whatever, so I reached for my copy of Lonely Planet…

Left it in the goddamn Internet café. And how to get there when the only map you’ve got of the area is in the Lonely Planet?

I grabbed another cab – I had half an hour before the bus left – plenty of time. However, I wasn’t banking on the driver being the Bolivian equivalent of Dougal from Father Ted. Internet Café, Via Bolivar – cerce la estation de tren. Not hard eh? Not only did he seem to have no idea how the roads worked in his home town, he seemed in a state of constant bewilderment that he was driving a car, not a milkfloat. Maybe with the altitude his nose would start to bleed if he drove at more than five miles per hour.

In any case, despite my constant mas rapidos! and waving twenty US dollars under his nose, we didn’t make it to the Internet café and now I am officially guideless. Yep, I feel like Arthur Dent after he threw The Hitch Hikers Guide to the Galaxy in a river. Although he was stuck on prehistoric Earth whereas I’m trying to make my way across an entire continent for which English is about as useful as Anne Frank’s drum kit.

I got on the bus to Arica in Chile. Scheduled to get in at 8pm. Ha! Fat chance – this is Bolivia, Sundance, not Switzerland. Suffering from Altitude Sickness – 0 to 4000 meters above sea level in a day will do that to you. I sat in the back of the bus curled up like Gollum wishing that I had a book so I could ask someone for an aspirin without coming across as a cold-turkeying junkie in the land that supplies a vast chunk of the world’s cocaine.

Speaking of cocaine, Bolivia is poor, horribly poor. The kind of grinding poverty in which people unhappily sh*t in the streets and their homes are little more than concrete hovels, which offer little or no shelter from the cold mountain air. Only we could have produced such a dystopian vision in 2009 – and we have. On paper, Bolivia should be one of the richest countries in the Americas. But most of its international profit-making businesses pay no tax. That’s why there is no road from the Argentine border to Potosi. That’s why there’s only one guy with a stamp to get in or out.

Because there has been a world-wide prohibition on the sale of cocaine for the last few decades – and therefore everything is under-the-radar, billions of dollars of unpaid tax, which could go to help Bolivia dig itself out of the mud, gets gobbled up by the crime lords who’ll quite happily shoot a child in the face in order to get penniless farmers to grow your favourite nose candy.

And the problem is twofold – those who use the damn stuff and couldn’t give a damn about a bunch of smelly povos on the other side of the world and those who don’t and are very vocal about it remaining illegal for obscure moral reasons. You really want to help the plight of the poor in Bolivia, or Columbia? Have a word with your MP. A change in the law of just one country could break the UN mandate and release hundreds of thousands of rural workers across South America from wretched poverty.

Fair trade cocaine? One day, me amigo, one day.

So, anyway – back on topic… the worst coach journey EVER. Well, yet. So there I was – not taking incoming calls if you get my meaning, and they make me queue for TWO HOURS in the freezing cold to get my passport stamped out. Imagine a thousand elephants dancing the flamenco on your bounce while the freezing cold and dusty Andean air whips your face like a sandblasting machine.

Then we drive to the other border, to get into Chile. I wasn’t going to make the obligatory Chile joke, but yes, it was. I finally managed to wangle a blanket off the driver and curled up at the back of the coach, trying to ignore the stench of the baby that just has it’s nappy changed across the way, trying to ignore the fact that people had the goddamn windows open when it was clearly minus five degrees and trying to ignore my overwhelming urge to go and drive the chemical toilet like a bus.

The coach stopped at 9pm. Oh great – we’re here! And only an hour late! I opened my eyes a peered out into the dark night sky. No – not Arica, but a rest stop. We didn’t get into Arica until midnight. I hastily found out the exchange rate, and found a guesthouse over the road from the bus station and tried to crash. Only Chile is two hours ahead of Bolivia – it was really 2am and I had to be up for my bus into Peru for 7am.

Seeing my distress, the owner of the guesthouse gave me something to drink – a Christmas drink – cold coffee with vodka. It was all I could do not to vomit it back up all over the table.

I thanked her profusely and went to bed.