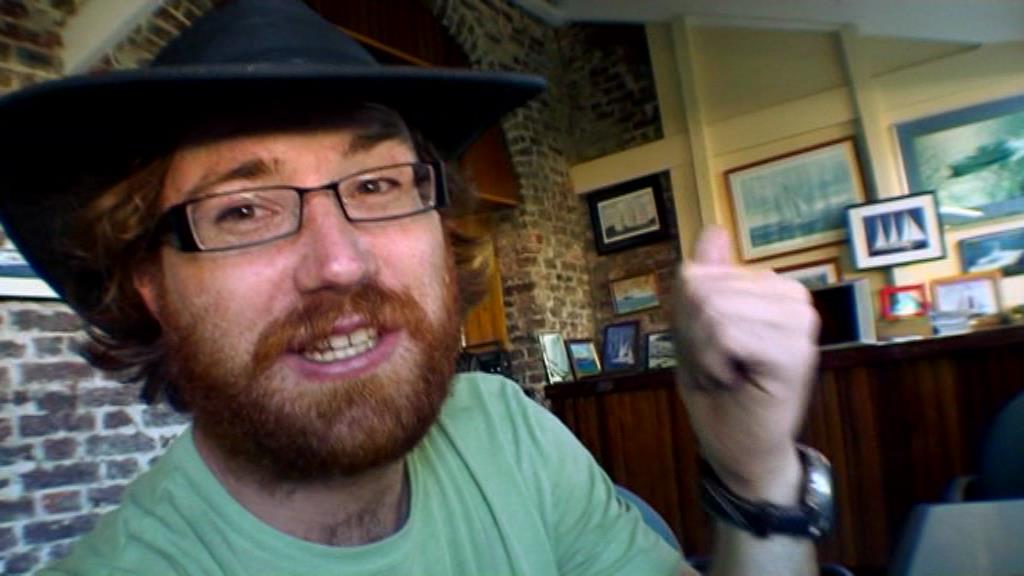 I scrambled like a fighter pilot down to the harbour. I have to leave today. I have to leave today. I stopped at the Waterfront Hostel on the way, attempting to contact the ‘Monparess’ boat, but no reply on the radio. Damn. Had to go back to immigration with my tail between my legs after yesterday’s little spat. The lady in immigration gave me the kind of dressing down I hadn’t experienced since primary school. The good news – they had my wallet. I had left it there when I stormed out. The bad news – they still weren’t going to take me off the crewlist until I showed up with captain Grant (who is still a few thousand miles north of us at this moment in time).

Outside I bumped into Andrew, the incredibly helpful guy from SuperYacht Publications who almost got me on the Moonbird yesterday. He told me that the Leander was heading west today, he knew the captain really well and he might be able to give me a lift.

I remember years ago my brother Mike telling me that the guy who owns the biggest yacht in the world was the guy who set up NCP car parks, the bane of my architectural disposition. Well, it’s not the biggest in the world anymore, but it’s called the Leander and here’s a chance for me to hitch a free ride on the physical manifestation of a million Britons being forced to park their cars in brutalist concrete monstrosities.

Oh, the irony. Andrew said he’d see what he could do.

By this point, I hadn’t eaten in over 36 hours and my legs where about to give way so I walked over to the fruit stall to buy myself some pulpy sustenance. On the way back, one of the many, many people whom I had spoken to over the past four days, shouted me, “you found a boat yet, mate?”

“You have now. We leave in two hours. We left a message for you at the Waterfront Hostel.”

No wonder the Monparess wasn’t answering – it didn’t exist! Monparess, Montserrat, Mariposa, Villa Rosa, Lollapalooza… the important thing was – I had a boat! FINALLY, I HAD A BOAT!

But, immigration. Damn intransigent immigration. If I left without signing off the crewlist, Grant wouldn’t be able to take his yacht out of country next week – and I couldn’t sign off the crewlist without Grant. The original Catch-22. The boat, the Vagrant, was still in harbour – being looked after by Grant’s friends Jim and Freda. Immigration suggested I get in touch with them.

The harbourmaster suggested I go out into the harbour to get them. But his dingy was punctured. There must be some other way.

The immigration guy came with me down to the jetty to hitch a ride. A girl (who also asked if I had found a boat yet) was just pulling in on her dingy when immigration and I commandeered the boat on behalf of the British Empire. Well, we asked her really, really nicely if she’d take us to The Vagrant and she said yes.

We put-put-putted over to the boat. “Hello?! Jim? Freda?”

They weren’t there. I climbed aboard (thereby technically invading Canada) and left a note.

On the way back to shore, I couldn’t look immigration in the eye – I was nearing the end of the second act of a John Hughes film. The long, dingy ride of the soul. Immigration tapped me on the knee. It will be all right.

I had to explain the situation to Andrew and Kerri and then I headed back to the immigration office for one last push. The lady who had reprimanded me earlier asked if I had a boat.

“Then you can go. We’ll take you off the list.”

Thank the dark lord of bureaucracy. Within half an hour, I was on the Mariposa sharing a packet of McVites Ginger Nuts with Andrew and Kerri.

And slowly, but surely, we were heading towards St. Martin. We passed the Leander as we left the harbour. I wasn’t lording it up on some mega-yacht, but I didn’t care. I had escaped.