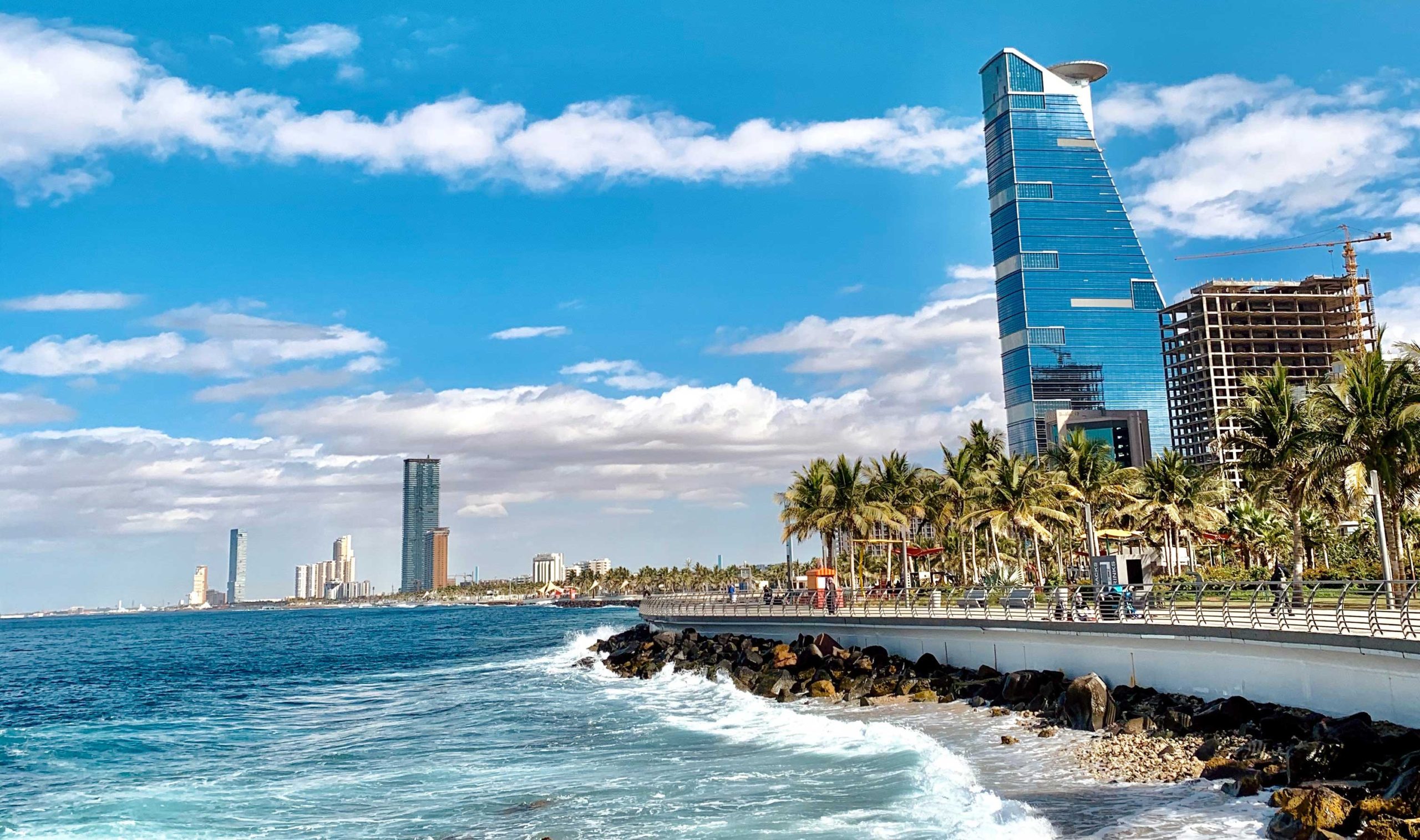 Today we hit land in fortress Saudi, possibly the most difficult country in the world to pop in for a quick visit. It was a great sunset as we came into dock, and as I stood on the side of the ship filming our arrival it felt as if, just this once, the gods had conspired to make my reunion with Mandy run as smoothly as Africa would ever allow.

However, once we pulled into Jeddah port, it was a different story. After watching a movie in the ship’s mess, I stood out on deck for a bit watching operations from above. Loads of chaps in hard hats where scurrying about, and the cargo was being unloaded at record pace (remarkable when compared to the slug-slow hi-jinks that goes on in most typical African ports) but then I remembered – I’m not in Africa any more! Woo! My first tentative step into Asia! I ambled down the gangplank, touched solid ground and before you could say ‘hey you!’, an irate-looking chap was marching me back up again. Why? Ah yes – that camcorder that was dangling menacingly off my shoulder. Nobody had seen fit to inform me that Saudi takes its port security very seriously – it wasn’t that I was filming anything (I wasn’t) but just having a camera in port can land you a fine of $50,000 or six months in jail. The man, the port agent, saved me just in time – if a copper had spotted me, I could have been up poo creek without a paddle.

Is it too much to ask for just one week in which I am not threatened with (nor, indeed actually met with) imprisonment, fines, deportation, GBH or cannibalism? Well, maybe not cannibalism, but you get my point, I’m getting rather sick of it, you see. And my usual happy-go-lucky demeanour keeps taking a nosedive into places demons fear to tread. My infeasibly fertile imagination has taken a habit this year of inventing new rungs of hell for these buggers! I guess I’ve always had a problem with authority…

I headed up to the officer’s mess and sat for the rest of the night watching DVDs and pretending to be invisible.