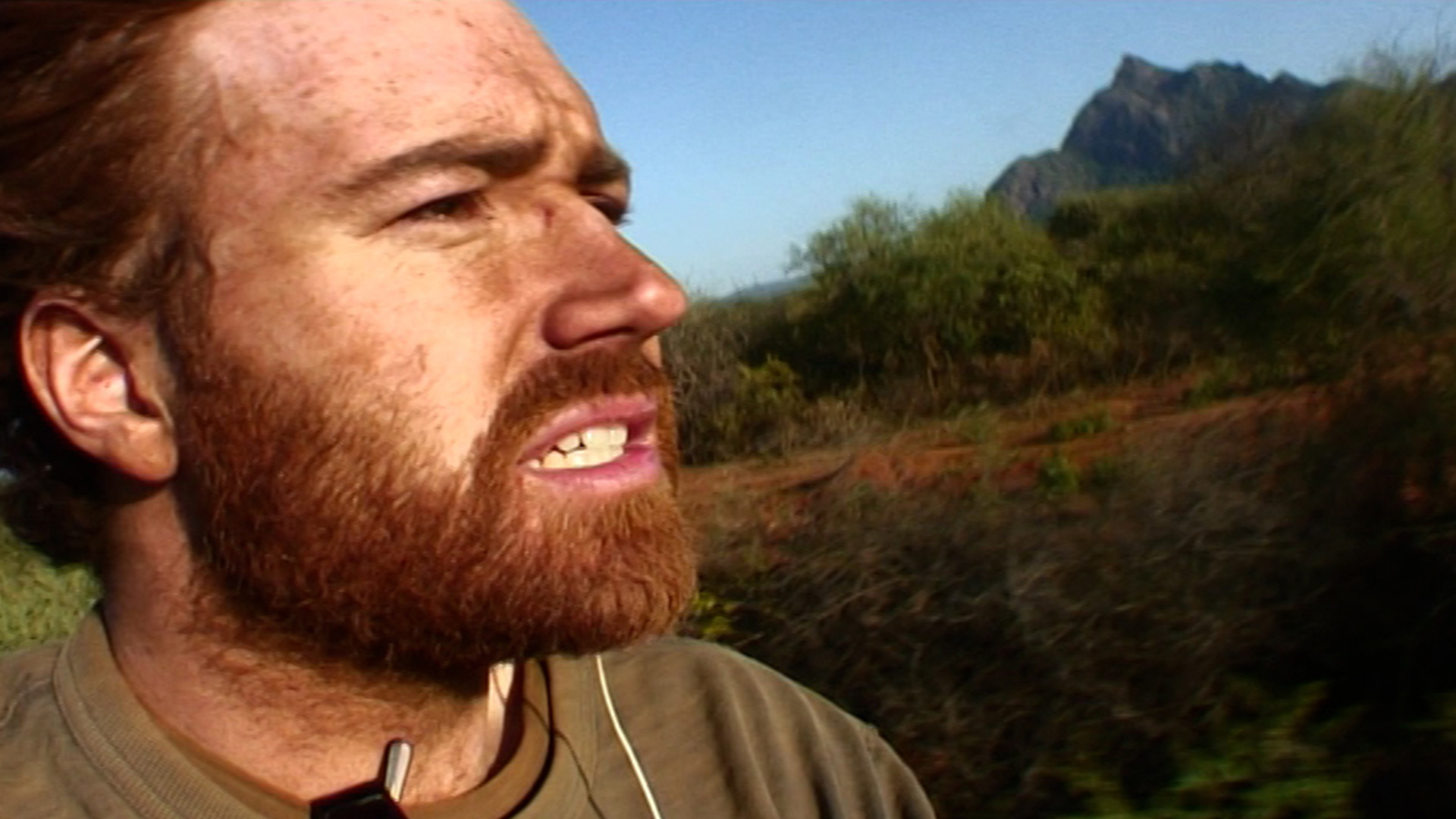 Any time frame you are given in Africa, remember to add a few hours, or even days. Matt and I got up at 6am, just in time to jump back on yesterday’s truck and crack on towards Ethiopia. The Pixies blasting in my ears and the sun rising to our left it was possibly the best trip I’ve had in Africa so far. However, our man predicting that we’d be at the border at 9am was ludicrously over-optimistic and we arrived sometime after 11am.

So over the border and into Nation 129: Ethiopia. A nation that has had its fair share of publicity, but for all the wrong reasons. The only African nation not to suffer the horrors of colonisation, one could argue that Ethiopia proves that Africa would be just as stuffed up as it is now whether the damn whities had bothered invading or not.

Before I go on, it’s possibly important that you know the difference between the era of slavery and the era of colonisation. They are two very different stories with a gulf of some eighty years separating them.

Because history is so badly taught in schools (no linear progression – we just jumped from the Egyptians to World War I to the Romans to World War II to the Vikings to Henry VIII to the Normans with gay abandon) it’s easy to think that the dastardly Europeans rucked up in their ships some time in the past, enslaved the population of an African country and set about selling them off like cattle to toothless banjo-players in Alabama.

What really happened was a little more complicated than that.

Before the invention of Gin & Tonic, there was little reason for Europeans to stay in the tropics. With Malaria rife and Europeans having no naturally selected resistance to it, any trip to a mosquito coast would be a one-way ticket to go join the choir invisible. But after the discovery of quinine, the stage was set for the exploitation of the world – Asia, America and, eventually, Africa.

For the first couple of centuries of European interference in Africa, there was no colonisation. There was just slavery. Ships would turn up loaded with iPhones and Nintendo Wiis and trade them with the local chiefs for slaves and novelty beer hats, then bugger off to the Americas (at this point it would be remiss of me not to point out that a greater number of slaves were taken to The Caribbean to work under British slave-masters, so you can put your toothless banjo-player away) to sell these poor guys for a handsome profit.

Okay, the first foray into the realms of colonisation in Africa was in 1652 with the Boars rucking up in South Africa, but let’s ignore that for a moment and, yes, one could argue that Sierra Leone was colonised when William Wilberforce and his mates bought a bit of land in present-day Freetown to stick the freed slaves that fought for the British against the Americans in the US War of Independence. After The British finally came to their senses in 1807 and abolished slavery, (unlike the French, Spanish, Portuguese, Germans, Arabs, Yanks and Africans who continued to practise it with gay abandon (some African countries [cough- Mauritania] still do)) Sierra Leone was used to drop off slaves from ships that had been intercepted by the British Navy en route to the Americas.

The Cape of Good Hope may have been annexed by the Brits in 1806, but it would be another seventy-nine years before what has been called ‘The Scramble For Africa’. Precipitated by journalist Henry Morton Stanley (as in “Dr. Livingstone, I Presume?”) and his travels around central Africa under the sponsorship of the evil King Leopold of Belgium, The Scramble For Africa was undoubtedly the crime caper of the century and one which would have put Ocean’s Nineteen and a Half to shame.

In 1885 the European powers met in a brothel in Berlin, baked a cake in the shape of Africa and sliced it into almost 50 bite-sized chunks for themselves before celebrating with coffee and cocaine snorted off a prostitute’s arse. Things were much more civilised then, you see.

Much of North and West Africa was gobbled up by the French, Central Africa largely went to the Belgians and East and Southern Africa was largely annexed by the Brits. Germany got a few bits and bobs including Togoland and Tanganyika, Portugal got Angola and Mozambique while the Spanish, having conquered almost all of The Americas were (seemingly) happy with just nicking Equatorial Guinea and Western Sahara.

The greatest heist in the history of the World? I have no doubt about it.

But there is something else going on here – each country’s experience of colonisation was different. In the same way that it’s easy to count Africa as one country (as I hope you have seen over the last seven months, it’s not!), it’s easy to see the history of Africa as one big shared history in which all the colonial powers were proper rotten to the territories they invaded – however, that’s not entirely the case. Some were more rotten than others. It would be fair to say that the Belgians probably have the most to apologise for – their conduct in The Congo is up there with The Holocaust as the greatest crime against humanity in the history of the world, but the Brits weren’t blameless, killing 26,000 white Afrikaner woman and children in the world’s first concentration camps in the 1899-1902 Boer War.

Even so, each country in Africa experienced a different form of colonialism to its neighbours, yet all (with the exception of Botswana) collapsed into chaos once the colonial powers pulled out. In countries like Angola, were the Portuguese pulled out overnight leaving just three university graduates in the entire nation, it’s not hard to figure out why the Angolans spent the proceeding thirty years was spent massacring each other. In countries like Rwanda, in which a successful ‘divide and rule’ policy had been adopted by the Belgians you could almost draw a straight line to the genocide that came close to destroying that nation back in 1994.

But it’s been 50 years since decolonisation and things haven’t improved much. Some argue that things are going backwards. To my mind the people that are most responsible for the lamentable state of Africa today are the African politicians who are happy to run this great continent into the ground while they feather their own nests of golden straw and Fabergé Eggs. Yes, shit things happened in the past, but that is no reason for shit things to happen today. History is there to stop us repeating our ancestor’s mistakes, not as an excuse for making more of them. Africa today is on the verge of a precipice, and when brave men and women stand up to fight the powers that be, it’s about time we in the West gave them the support they deserve.

Africa is indeed a stain on the conscience of the world, not just for what was done in the past, but because of our failure to do what needs to be done today. Band-Aid was actually a very good name, for charity only puts a sticking plaster over the problems of modern Africa. It is only by decisive – and smart – action on behalf of the UN and other inter-governmental bodies that the cancer that is deep-routed in almost all African governments can be cut out and the people here can, for the first time in history, be free. The (albeit justified) shame we feel in the West about our colonial past should not hold us back. If we continue to fail, the genocide in Rwanda in 1994 will look like small fry compared to the horrors that our grandchildren will be intrigued and sickened to know why we didn’t anything to prevent.

Anyway, back to The Odyssey…

Matt and I crossed the border into Ethiopia around midday, and there we tried to get the first bus to Addis Ababa, the ship I need to be on is leaving on Saturday, so it was fairly important. Unfortunately, all the buses for Addis leave at 6am (bit silly as the border is not even open then, but hey-ho) and the only bus that was of any use at all was one that was heading as far as Yabello, a town just a hundred kilometres north.

Hoping against hope that there would be an overnighter to Addis from Yabello, we clambered aboard this local bus which was fairly yuck and we had the misfortune to be sitting on the back seats so we found ourselves more crammed in than is usual. It took a good five hours to get to Yabello, but at least the road was now sealed (well done Ethiopia, one less mark for Kenya, methinks). We seem to have found ourselves back in the realm of ubiquitous checkpoints, but we only had a few minor problems with the police, and we managed to get all the way to our destination without paying a bribe.

Arriving in Yabello around sunset, we found that there was no bus until tomorrow. I think Matt was just happy to see a fairly nice hotel (three days of The Odyssey will do that to a mortal man), but ha ha it was full and so we wound up hiring a tent (for more than the cost of a room, I might add) and camping for the night on the strangely verdant grounds of the hotel. (Verdant because it was watered pretty much continuously which was a bit odd considering THERE’S A DROUGHT ON, but hey-ho the grass seemed happy enough.)

That night we met a couple of fellow backpackers, Silvia from Swizerland and Asier from Spain. They had been touring around Africa for 16 months now (blimey!), and their favourite place was Madagascar (told you it was good!). They’d be joining us on the bus tomorrow up to Addis so we shared a couple of beers and arranged to meet for the bus at 6am.