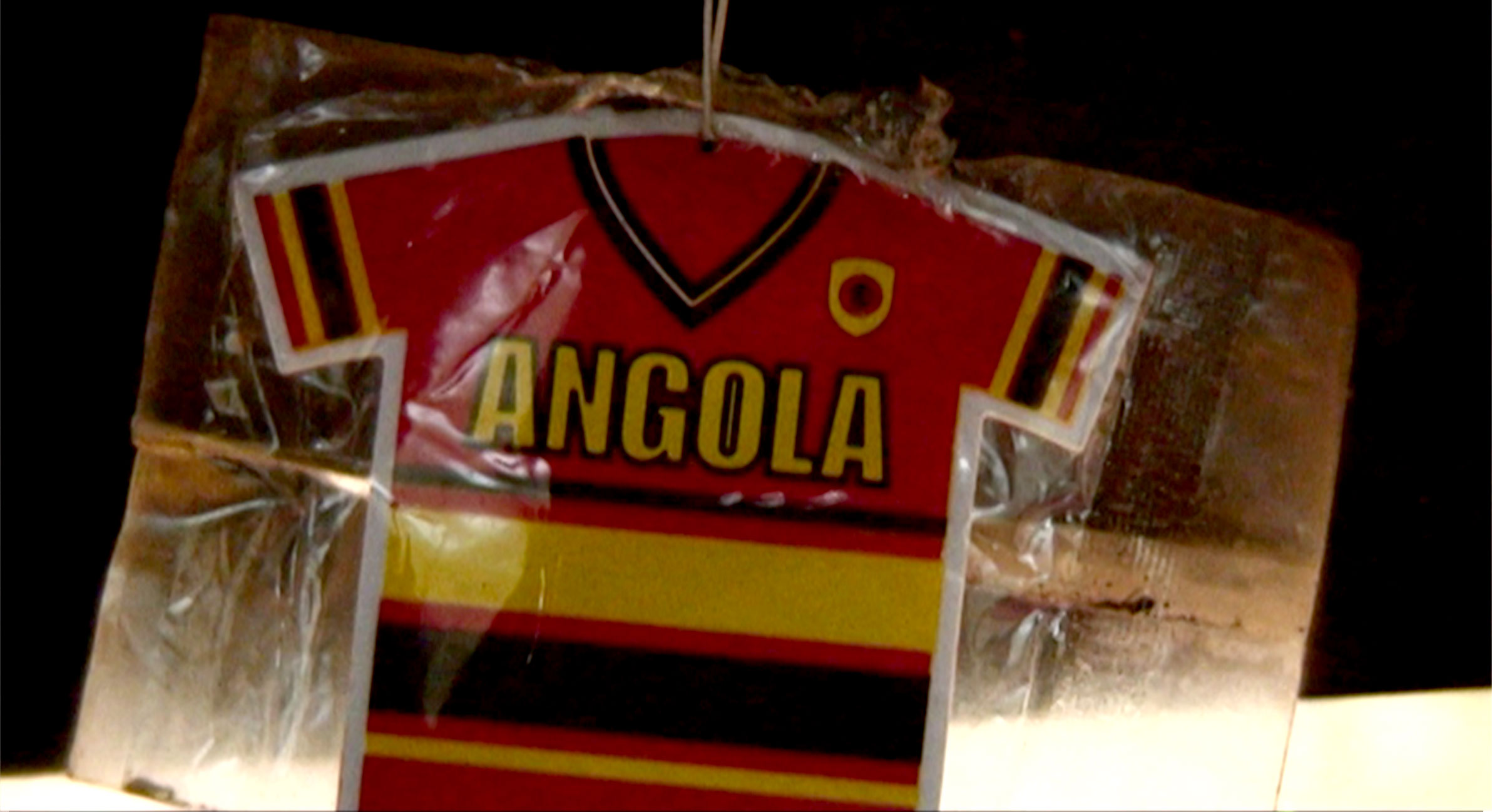 5am! Are you having a laugh? The bus didn’t leave until nine!! I could have had a good lie-in, although this will form the pattern of the next week of travel.

The trip to the Angolan border was fairly uneventful, but I was happy that I got a seat all to myself, I wasn’t squished like a sardine, three people to a seat. And – shock horror! The driver’s mate gave out sandwiches and Cokes to everyone on board! How cool is THAT? Must be the first time that has happened since I was in Central America back in February.

At the border. I didn’t have any of the hassles alluded to in the Lonely Planet. It did take them an hour to stamp me out (the ‘chief’ wasn’t there!) but apart from that, I got over the border without any problems, and (amazingly) no bribes. Happy days.

I crossed into the Angola village of Noqui, which I guess translates as Nowhere. I was literally in the Middle of Nowhere – or at least that’s how it felt. With no real public transport to take me the 400km to Luanda, the capital, I had to take a truck-taxi, like in Congo, laden with people in the back. It took the truck about five hours to clear the border, and by the time it arrived in the village, it was already 9pm. I managed to snag a space in the cab. The driver wanted an astronomical $100.

Forget Norway or Japan. Angola is THE most expensive country in the WORLD. A can of coke is £2, the cheapest, grottiest hotel is at least $80 a night, a piece of chicken from the side of the road will set you back €4. Wow. And I thought DR Congo was expensive.

We parked up and went nowhere. I fell asleep in the cab, the poor thirty-odd people in the back of the truck had to sleep under the stars.

Nothing is ever easy is it?

Day 279: The Highest Pub in Africa