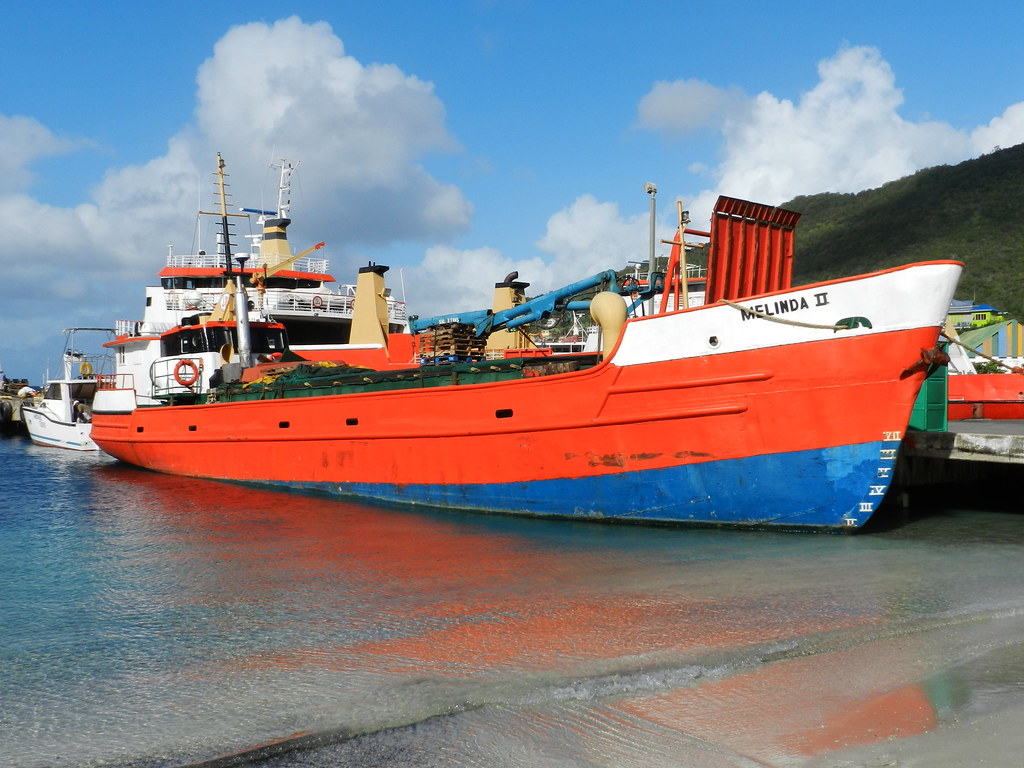 Got to General Maritime, the shipping agents that Kim and her husband Earl Halbich had sorted me out with. I had to talk to a woman named Rochelle. Rochelle was on her lunch so I spoke to a lady who looked at me like I was something she had scraped off her shoe. She rang the captain of the cargo boat I was supposed to be getting a ride with and had a quick chat. She then smiled at me in a way that one would smile at a kitten before throwing it the oven. “The captain say he not takin’ no passengers today”.

I had already been on this damn island for four days. There were no cargo boats at all going to Barbados until next week at the earliest. I headed over to the dock to find this Captain Ainsley Adams and have it out with him. Well, more like plead and beg to him!

He was having none of it. Imagine James Earl Jones in a cap and shorts, that’s Captain Ainsley Adams. No he said, no.

I went back to the shipping agents – surely they could force him to take me? No dice. I tried to get in touch with Kim and with Earl. No answer. I emailed people back in England in a fit of panic, what the hell could I do?

I collapsed. The Odyssey, the whole project, the whole damn ride was hanging on a knife-edge. If I spent another week on this island I think my head would pop off.

I went back to the dock. I explained to the (rather disinterested) captain, the whole project, and how much it would mess things up if I couldn’t get on the boat, the Melinda II. He said he had no bed for me. I told him I’d sleep on the floor. He said the sea would be too rough, I told him if I was sick he could throw me overboard. He said that the crew didn’t want me on board. I said I’d stay out of their way.

I bartered and begged in the blazing heat to get on this banana boat to Barbados. I was just about to give it up as a lost cause when Rochelle from the shipping company appeared on the dockside.

She took Captain Ainsley Adams to one side. I have no idea what she said to him, but she returned to the sullen, goggle-eyed, ginger lobster sweating his stupid, squinty moonface off and said four magic words, “You got your boat”.

I headed for the chemist in double quick time. By 5pm we had set out into the wild Atlantic on a boat carrying forty thousand pounds of bananas and one very, very grateful Odysseus.

Day 27: A Bridgetown Too Far