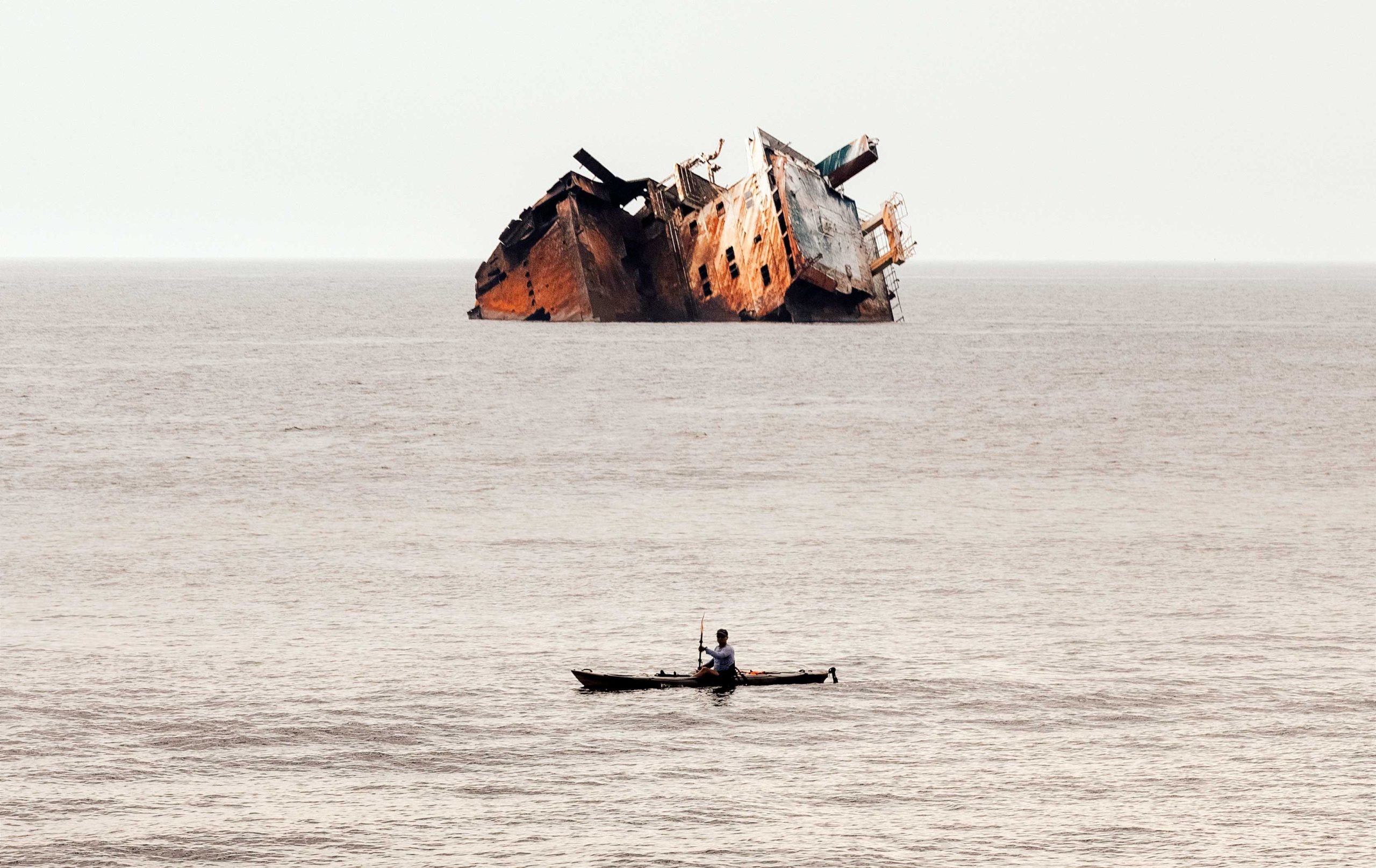 Ha! You want to see the Steamboat-Willie style affair that I’ve got to get on to Sao Tome on Thursday. Plus I’ve just been told that there may be up to 20 other passengers (where we’re all going to sit I have no idea) and that the cargo is going to be highly explosive gas canisters. Huzzah!!

Why does my life feel like one long Road Runner cartoon?

Oh well, while The African Queen awaits her departure I’m stuck twiddling my thumbs. Spent the day writing, editing, Skyping, the usual stuff – nought to report except that when I returned to my hotel at midnight (the wonderfully named Club Tropicana, but the drinks, alas, are not free) I met a fellow intrepid television show maker from America called Alex – he’s hosting a show called ‘The Cure’ (mmm, I love the definite article) about ‘alternative’ (ie. wacky) cures to modern maladies. He’s as sceptical as me about all that kind of tomfoolery, but he’s here to take a look at one the local tribes and their hallucinogenic ritual that can reportedly cure drug addiction.

But the great thing is – he got arrested upon arrival at the airport!

Well, Alex doesn’t think it’s great, but do know what? They offered him a filthy cell with a mattress. A MATTRESS!! They must think he’s Lord God Almighty. They only hung me up the right way last week.