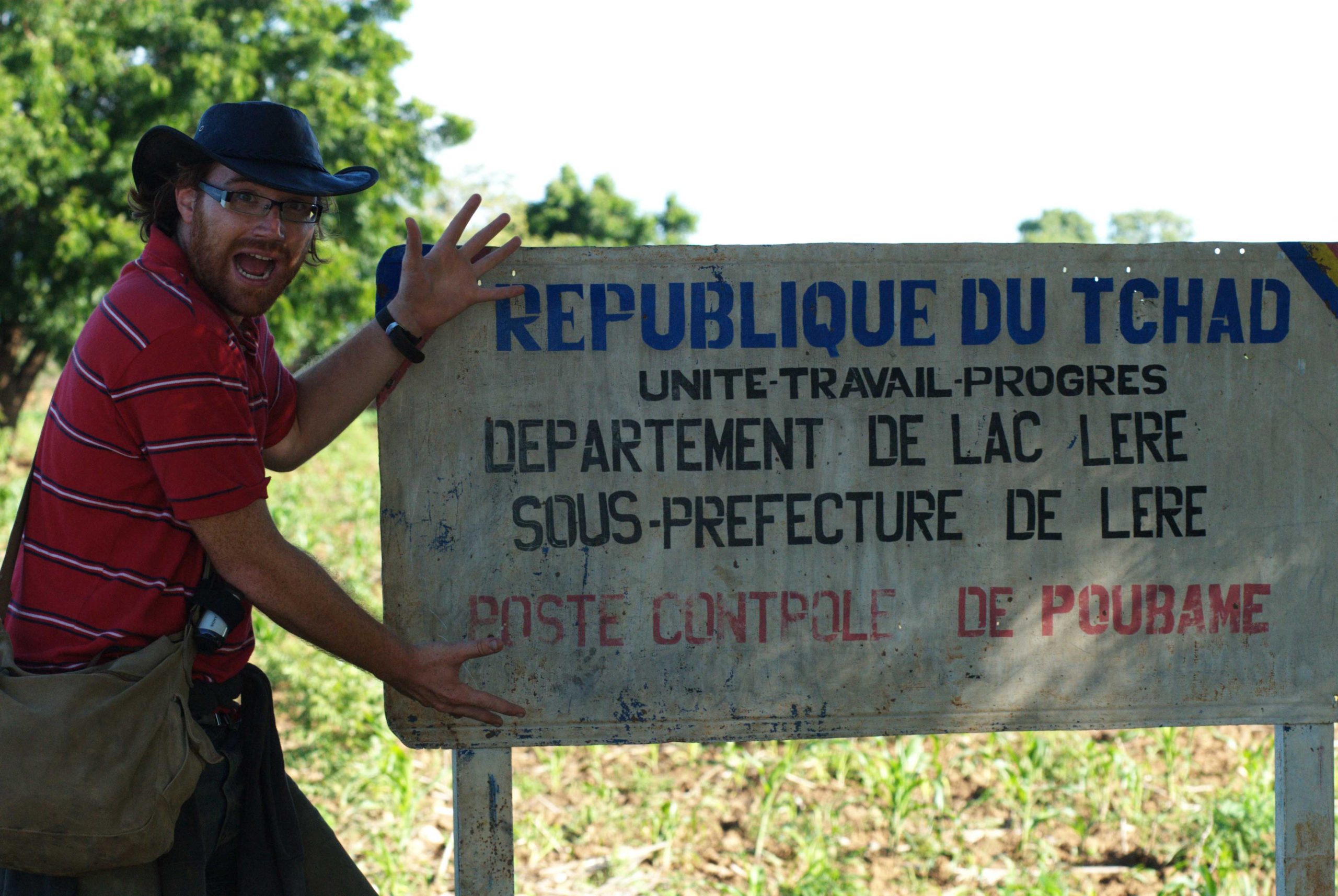 The train arrived at 7am in the central Cameroon town of N’Gaoundéré and, if we were VERY lucky, we could make a border hop to Chad today and get back in time to have a kip and catch the first bus south in the morning. The plan seemed sound and within just half an hour, we were in a minibus heading north to Garoua. It’s a good five-hour journey and so, we got in about lunchtime. We had an hour before our next bus, which would take us to the border town of Figuil (not marked on the standard map) so we went to a local eatery and enjoyed a good Cameroonian lunch.

The name ‘Cameroon’ actually comes from a corruption of the Portuguese ‘Rio dos Camarões’, meaning River of Prawns, so perhaps I should have had a Prawn Salad, but I’m only prepared to tempt fate when I know there are Western Toilets along the way.

In good time, we had made it to Figuil, which, let’s face it, sounds like the name of a dwarf in a fantasy novel. From there, it was a short hop on motorbike taxis to the border. I was nervous that I’d get turned back on the Cameroon side before I was anywhere near the border (like what happened to me in Tunisia), as neither of us had visas for Chad. But I needn’t have worried. The Cameroon guys were as nice as pie, they stamped us out of the country and we were on our way.

My motorbike driver was another boy-racer. I might use the term ‘pounding ride’ but I know that you’d all take that the wrong way, so I’ll just say that the road was rough. Thankfully, it wasn’t long before we crossed the river into Chad. Chad is such a ridiculous name for a country. Seriously, we should lobby for the name to be changed to ‘CHAD!’, capitals and exclamation mark being mandatory.

I don’t really know much about CHAD!, what it is or what it does? It seems to keep a low profile next to its noisy and unruly neighbours, Nigeria, Sudan, Libya etc. My only contact with CHAD! was the guys on the far border post, who were thoroughly decent chaps, who even invited us to go another 10km into their country to get entry and exit stamps as souvenirs.

But time was pressing on; I had stepped foot in the country and that’s all I needed to do, so we snapped a few photos of the flag, chucked a U-bolt and fanged it back to Cameroon. Bye CHAD!, sorry I didn’t get to see much of you, next time eh mate?

Our timing back to Figuil was impeccable – a large coach was just leaving for Garoua and the sun set as we travelled south towards our next target – the border with the Central African Republic. Oh yeah!