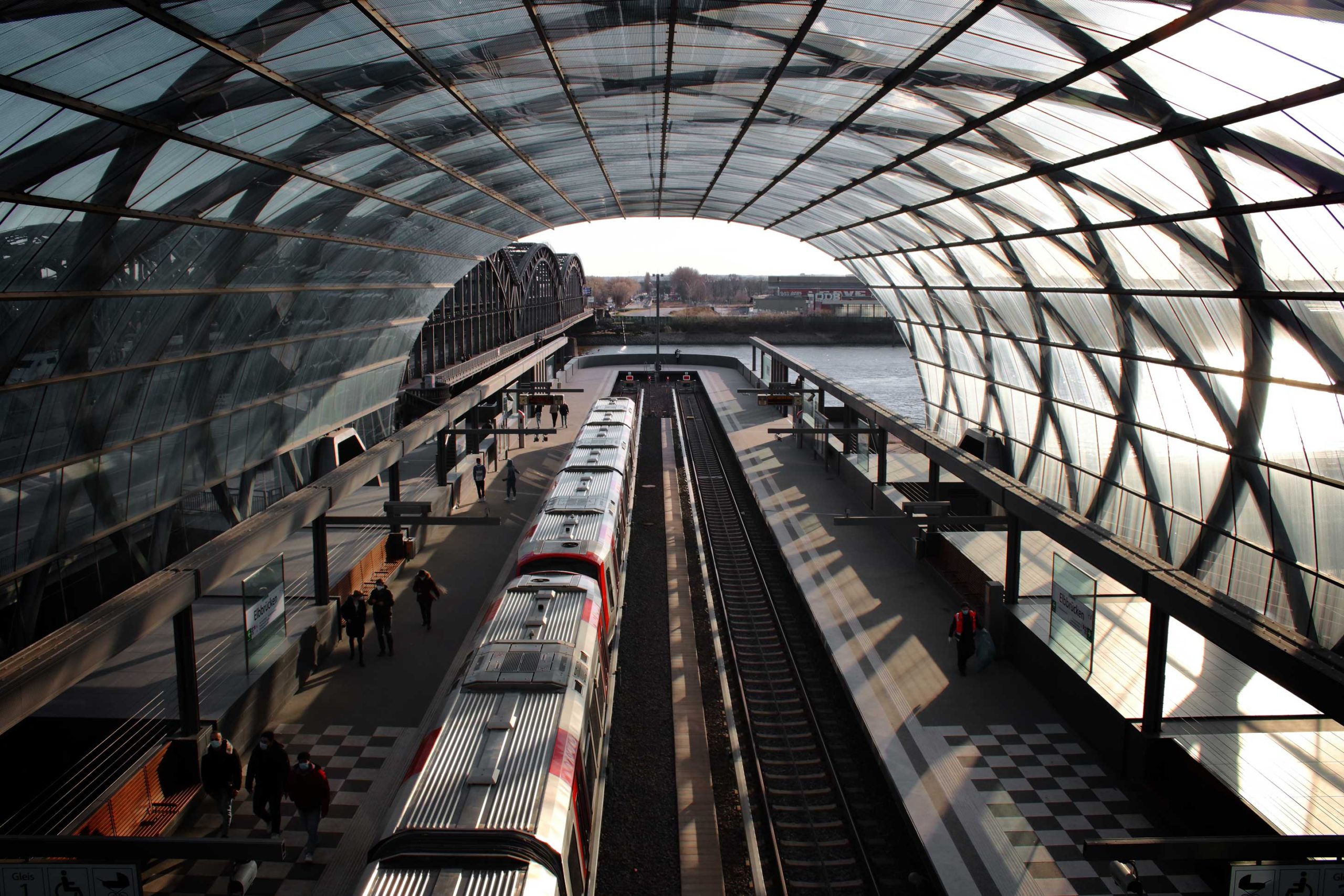 A day which, upon reflection, was as perfect an ‘Odyssey’ day as I can imagine. I arrived in Brussels in the wee small hours, just in time to catch the first train to Luxembourg. Do you want me to tell you something interesting about Brussels? Well bah! I’m not going to, I can’t, there isn’t anything. But my inter-rail pass kicked into gear and I plan to spend what it cost in the first 48 hours.

As the greatest man ever once said, Time Is Relative, that is, time runs at different speeds for different people (usually depending on the force of gravity, but bear with me). Time for me has now slowed down to a crawl. Getting just a few hours of sleep a day will do that to you. The days seem endless and night is just an obstacle to be overcome, there are miles to be had, miles to be done, miles before home. And Europe runs like clockwork.

I arrived in Luxembourg before I usually get out of bed and with nowt else to do but hop on the next available train to Hamburg, that’s what I did. Luxembourg I’m sure is lovely, but a this point, it’s not even a pit-stop. This is what I always envisaged the Odyssey to be, a non-stop race around the world. The Caribbean threw a spanner the size of Gibraltar in those works, but seriously, if I don’t visit Europe (and three African countries) in under three weeks, I’ll eat my hat.

So the sky was blue and the train was fast and before I knew it, I was stuffing my face with a hamburger in Hamburg. But that was not the end of today’s adventure, I had barely wiped the grease from my face before I was on a train heading for Copenhagen, the capital of Denmark. England, France, Belgium, Luxembourg, Germany, Denmark – all in less than 24 hours. That’s what the Odyssey is all about.

The driver of the Danish train let me go in his cab and watch the sun set as we crossed the bridge from the island of Lolland to the island of Zealand (as in ‘New’). I never wanted to be a train driver (I want to be an astronaut!), but there is something marvellously appealing about pushing a lever and the train taking itself wherever the tracks dictate. It’s easy, comforting, the tracks don’t lie – they don’t swerve in front of you, they don’t pull out without looking, they don’t sit behind you and flash their lights because 90mph is just too slow, they just take you where you need to be.

But it’s not playing life on the hardest difficulty setting. I’d rather have a rocket booster attached to my back and be blown into the wild starry night on a wing and a prayer. Or at least some complicated mathematical equations. But that’s just me. Fortune favours the brave.

I split the train in Copenhagen central. There I met Christian, my Danish cousin – the bloke responsible for getting my ass across the Atlantic this month. He treated me to a beer (I should really have treated him, but he was quite insistent!) before we headed over to my Auntie and Uncle’s house to watch the end(s) of Meet Joe Black and to check out the times for tomorrow’s trains. I didn’t get to bed until after 2am, but I’m beginning to believe that sleep is just an illusion and real men don’t eat quiche. All right?

Day 36: Ships That Pass In The Night