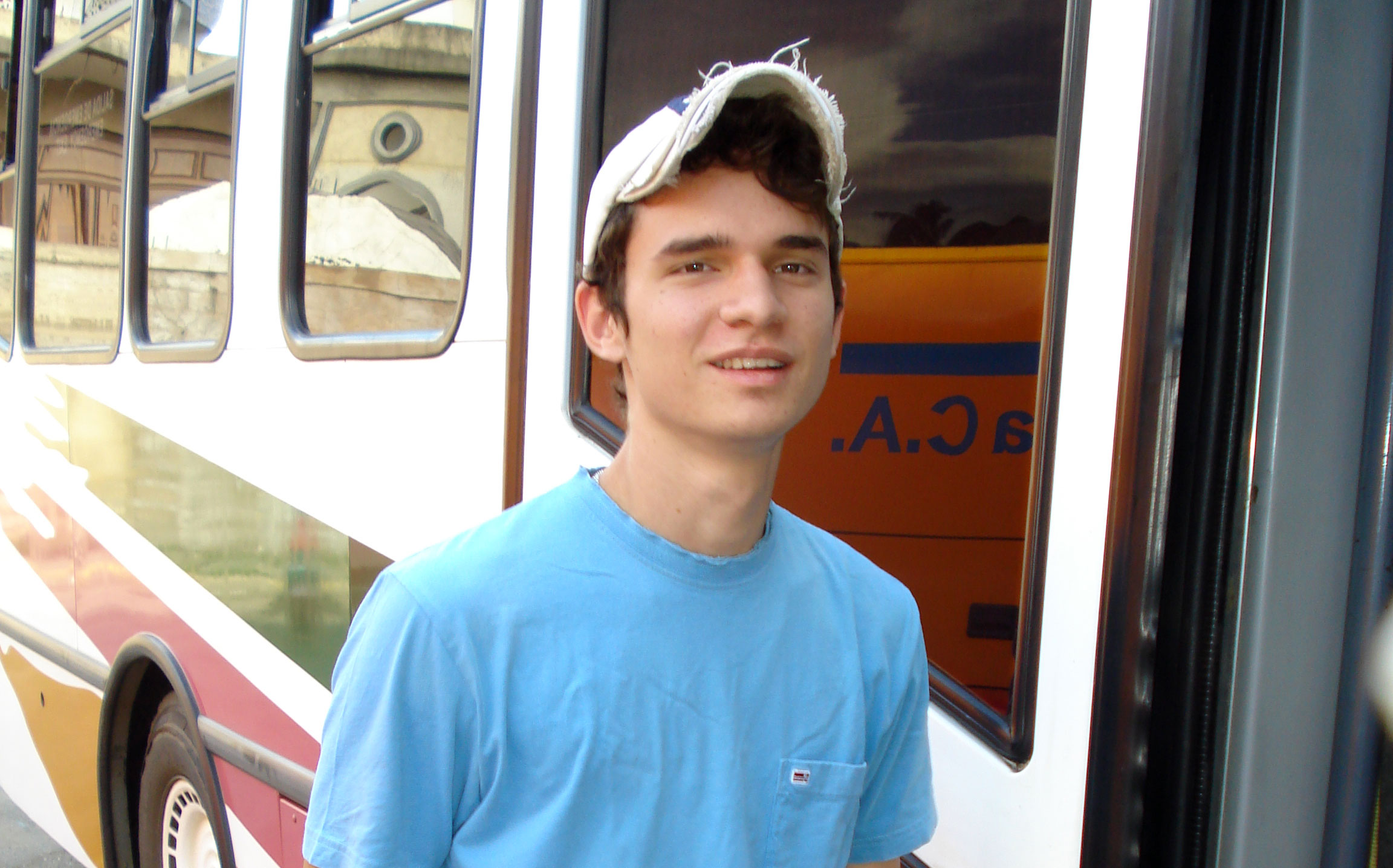 Got to Bogotá yesterday, but there was barely enough time to pull my undies out of my backside before I was bang! on another overnight bus heading up to the border with Venezuela. For some reason, Colombian buses must be kept at a constant -5 degrees C at all times, so I was forced to wear pretty much all the clothing I own and my sleeping bag. But that’s the way they like it. We were roused from our collective slumbers at about 7am for some breakfast on top of a mountain. And I thought the bus was cold…! Luckily, the driver kept us all locked out of the coach for half an hour so we all got to experience the full freezing coldness of an Andean mountain on an early Sunday morning.

What is this with countries near the equator being cold? I don’t get it. I may have to right a letter to the Secretary General of the UN about it. It’s just not cricket.

I arrived at the border with Venezuela in good time – around 12 noon, expecting to breeze through the formalities in good time, but ended up waiting for an age. I got chatting to a Venezuelan teenager called Mario, and he and his mum would be my guardian angels for the next couple of days.

My first taste of Venezuela was for the taxi driver to rip us off something rotten – charging $30 to drive a mile or so. Fairly cheeky, one would imagine – but it’s taking the utter p*ss when you remember that Venezuela is an oil state and it costs $2 to fill your tank. Or $1 to fill your car, if you’re not playing Grand Theft Auto.

Actually, it was a good introduction to life in Venezuela – it’s expensive. Very expensive. In a crappy, rippy-offy kind of way.

So far, The Odyssey hasn’t been a cakewalk by any stretch of the imagination, but at least I’ve been able to turn up, buy a ticket to my next destination and jump on the bus.

I think Venezuela has been taking lessons from the appallingly crap public transport system we have in the UK.

So – let’s put not enough buses on during public holidays! Let’s have no express services! Let’s make it impossible to pay by Visa! Let’s employ thoroughly unpleasant and unhelpful staff! And, just to kick Graham in the knackers, let’s make sure the only ATM in the terminal is broken.

The world and his mate seemed to be trying to get home this Sunday and the coach companies were not playing ball.

Mario and his mum looked after me, though. They were heading home to Cuidad Guyana – and I had to pass through there on the way to Boa Vista in Brazil. We combined forces and they managed to blag me on board a bus to Puerto La Cruz with them using someone else’s ticket and I managed to pay in US dollars. Baring in mind all the other buses were sold out until Tuesday, this was a lucky break for your ginger host.

Everything was sweet, and so after a pleasant afternoon spent sweating and choking on the exhaust fumes in a dirty concrete bus station, I was on my way – a roundabout way of getting to Brazil, but a way nonetheless.

Day 3: On The (Bolivian) Buses