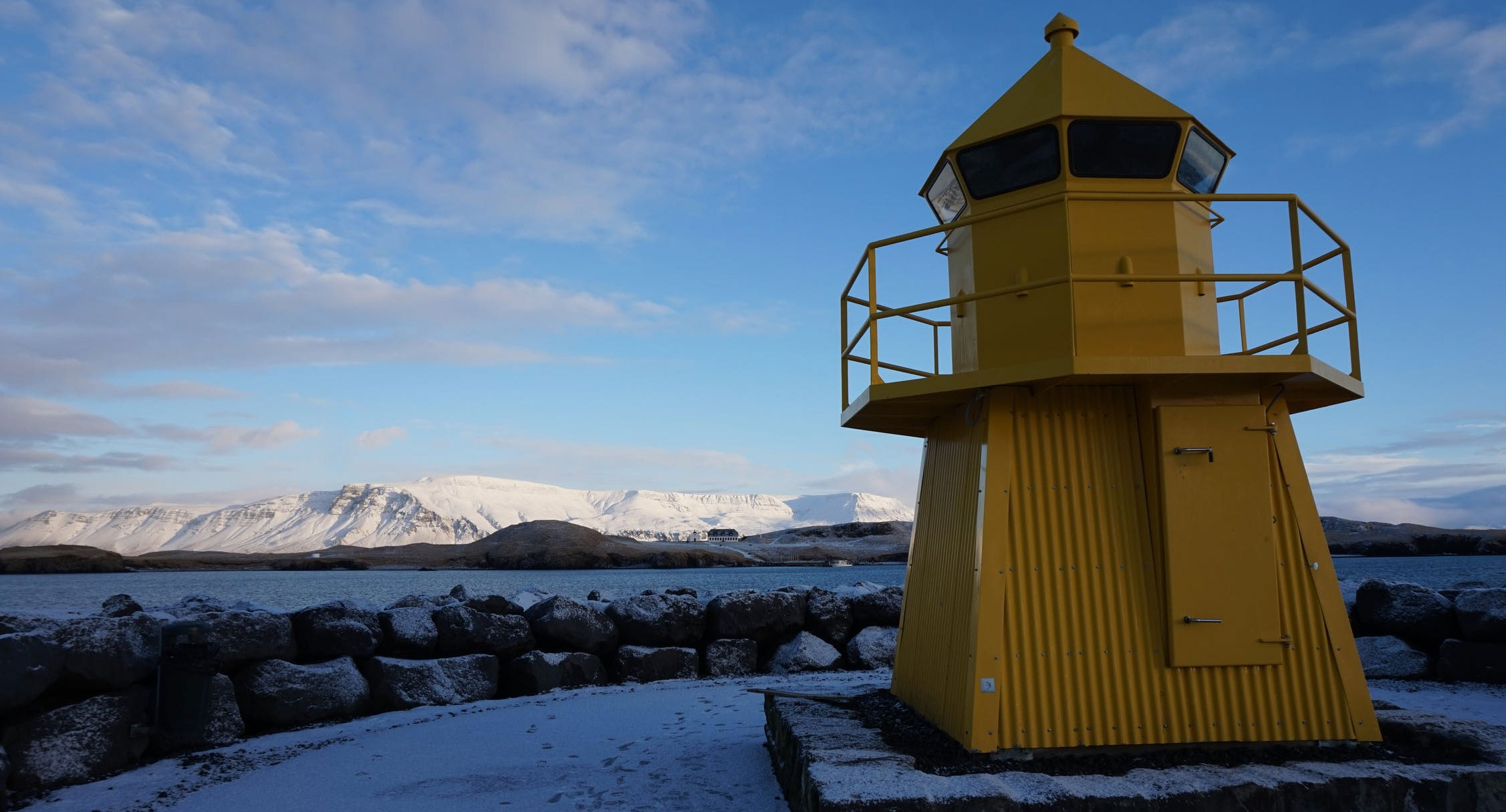 It’s a funny old world – turns out the First Mate off the Reykjafoss used to be part of the original crew on board the Linge Trader when it was launched a few years back. He had photos on his laptop of the bloody thing being built!!

So we got into Reykjavik in the wee small hours – I was on the bridge as the city lights came into view…but we were a few hours too late to make my connection with the Bruarfoss which would be getting into Hull on Sunday. It was time for plan B – the Dettifoss, bound for Rotterdam, arriving Monday. With the right connections, I could be in Liverpool by 8.55pm. Oh yeah.

Anyway, after a restless night worrying about the fact that I’m probably going to have to delete all of the YouTube vids, and the six that I edited in Halifax and on the Reykjafoss will probably never see the light of day… don’t ask, I may accidently BITE YOUR HEAD OFF…. I got up and said my goodbyes to Supercargo Albert and the crew.

I didn’t have to go far to find the Dettifoss – it was moored next to us. I threw my kit on board, met Captain Mathias Mathiasson, and had just a couple of hours to check out Reykjavik before we set sail at midday. Wow. Reykjavik – the quietest capital city of all time – even quieter than Canberra. It was so quiet I was afraid to talk in anything louder than a whisper. Charming little place though.

The main thing is I got some decent sea-sickness tablets. Huzzah! To the sea, my friends, to the sea! I can take it!

The route of the Dettifoss takes it to Reydarfjordur on the east coast of Iceland tomorrow, Torshavn in the Faroe Islands on Saturday and Rotterdam on Monday. My cabin is, as always on these ships, impeccable, and the ship itself is twice the size of the Rekjafoss – it’s MASSIVE! – I’m on G Deck, which means I have to thunder up seven flights of stairs every time I need to grab something from my bag.

We set off in the afternoon and skirted the south coast of the island as the sun set behind us.