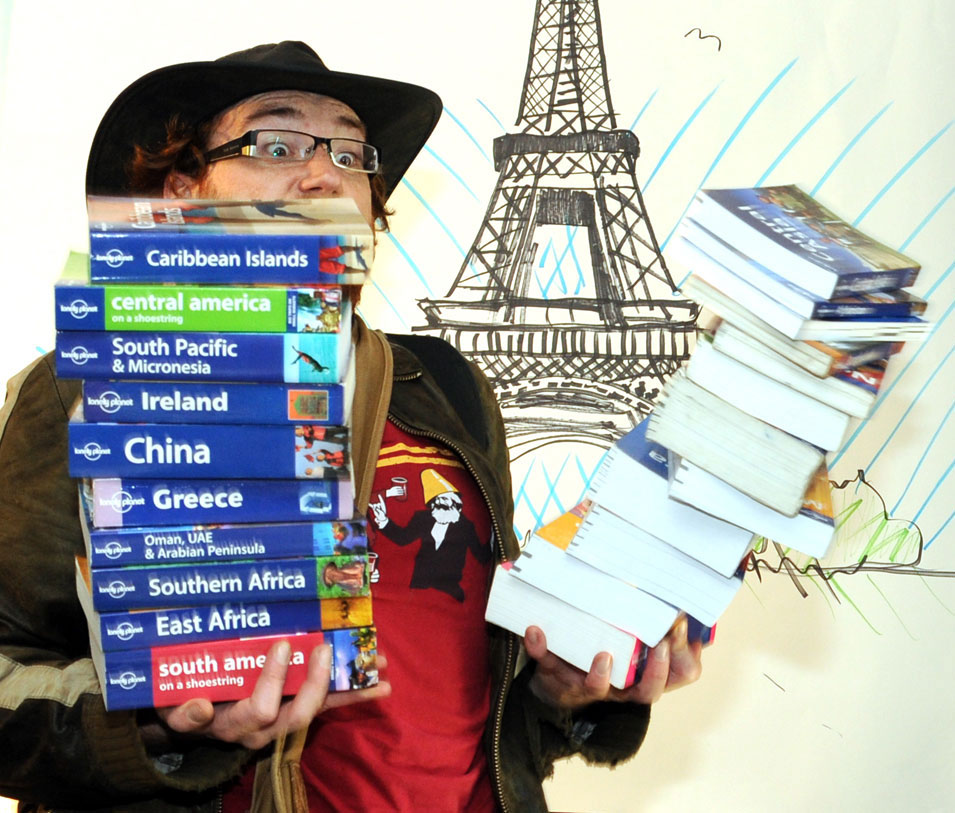 The Odyssey is an epic adventure, a world first, a race against time, a year (or two) of living dangerously!! Scouse film maker Graham Hughes’ barking, madcap adventure TO EVERY COUNTRY IN THE GODDAMN WORLD!!

300,000 kilometers, 200 sovereign states, 5 continents, 1 man and no flights! The Odyssey will be a marathon trip like no other. In an attempt to break the world record of the fastest surface journey to every nation on earth, The Odyssey is the amazing documentary of film-maker Graham Hughes and his insane trip around the world. As well as the 192 member states of the UN, Graham will also attempt to step foot in the likes of Taiwan, Kosovo and Palestine, bringing the grand total up to 200 territories; which means less than two days per country and an average of 150 miles travel a day, every day for 52 weeks!

Oh and did we mention…win the hand of his own Penelope waiting to marry him at the journey’s end…With the help of the public, our modern-day Ulysses Graham also aims to raise £10,000 for WaterAid, the international charity whose mission is to overcome poverty by enabling the world’s poorest people to gain access to safe water, sanitation and hygiene education.

Lonely Planet Television are intending to produce an eight-part television series of his adventures. As well as that, Graham will self-film much of his travels and create a weekly high-concept video diary full of adventure, exploration, human interest and his trials and tribulations of life on the road which will be available free for all to watch on Youtube. Filming will include a crash guide to all the countries he visits, interviews with local people and travel friends Graham meets along the way and a behind-the-scenes look at any unexpected events.

Although backed by Lonely Planet, Graham will only be filmed by them for 4 weeks – the rest of the journey it will be just him, his camera and ‘Lucy’, a loo seat which he aims to have signed by a dignitary in every country. The loo seat will help remind people about his WaterAid mission and will surely get him recognised from country to country and by fellow travellers.

WaterAid is a worldwide charity which aims to improve water sanitation in developing countries. A staggering 2.5 billion people in the world do not have access to adequate sanitation, leading to 1.8 million child deaths as a result of unclean water.

Barbara Frost, WaterAid’s chief exec says, ‘We are delighted that Graham has decided to support WaterAid on his Odyssey. We hope that through his travels from country to country with his trusty toilet seat that he not only sets a new world record but also helps to raise awareness of the 2.5 billion people that don’t have a safe place to go to the toilet. Good luck and thanks Graham!‘

But Graham needs YOU to help raise this money. In return you will be able to watch his exciting, nerve wrecking, seemingly impossible journey around the world visiting some of the most beautiful, treacherous and even dangerous countries on planet earth – a must see adventure.

The Return of The Ging!

Where Do We Go From Here?